From its beginnings in 1964, PCPA—Pacific Conservatory Theatre, has been presenting exemplary year-round theatre and providing excellent training with the mentorship of a resident company of theatre professionals.

The company of professional craftspeople, based in Santa Maria, creates original sets, costumes, sound and lighting designs for each of its productions presented on nearly identical thrust stages in Santa Maria (Marian Theatre) and Solvang (Solvang Festival Theater) as well as the intimate 200 seat black box Severson Theatre on the Allan Hancock College campus.

Pacific Conservatory Theatre has been producing continually during the summer months in the Festival Theater since 1974, which opened with a production of Once Upon A Mattress. That was preceded by two summer productions of Hamlet performed in Hans Christian Andersen Park. Those productions inspired the community—in an unprecedented collaborative effort—to construct the 700 seat outdoor Festival Theatre in just 58 days.

PCPA remains the only resident professional company on the California Central Coast and the only training program of its kind offered at a community college—producing outstanding artistic experiences for the community while preparing thousands of actors and theatre technicians for a career in theatre. 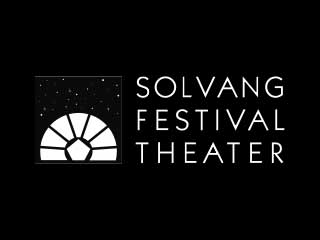